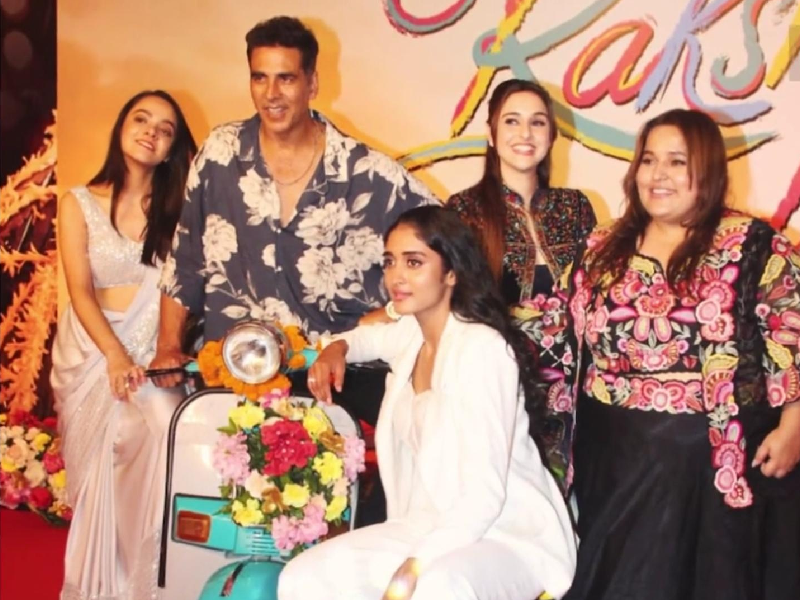 Actor Akshay Kumar and producer Aanand L Rai recently organised a special screening of their upcoming film 'Raksha Bandhan' for 'brothers and sisters'. The event was attended by the star cast of the film including Akshay, Bhumi Pednekar, Sadia, Sahejmeen, Smrithi and Deepika, who were seen happily posing for the paps at the event. Many Bollywood celebs including Huma Qureshi, Himesh Reshammiya and his wife, Rupali Ganguly also marked their presence. For more news and updates, stay tuned to ETimes.