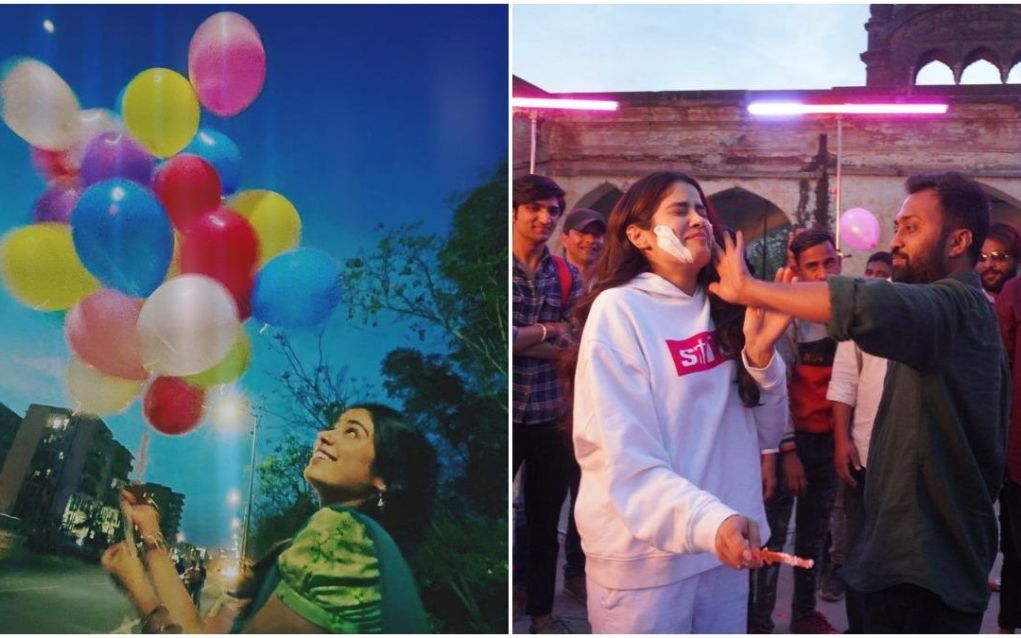 Janhvi Kapoor has wrapped up the shooting of Good Luck Jerry, which was being shot in Punjab. The actress took to Instagram to announce the news with a couple of photos of herself from the sets. Along with the photos, she also wrote a heartfelt note as she got emotional for leaving the sets of the film and the people with whom she had a splendid time while shooting.

Jahnvi Kapoor shared several beautiful photos of herself from the sets of Good Luck Jerry, which is produced by Aanand L Rai. She wrote, "I can’t believe it’s a film wrap. So many things have happened, changed, evolved, been learnt and unlearnt during the course of and because of this shoot."

She added, "But through all of it I used to be so excited to come to set and see all these faces and trouble them and laugh with them and work tirelessly and unitedly to create something that was exciting all of us. I’ll miss all of you - is a massive understatement. And thank you for everything (sic)," followed by a heart emoji.